Gosh, I hate to write about this. but I've been getting so many comments about Habibah and the other women who assisted on putting Dr. Malachi Z. York in prison.

This is what I personally know about some of these women.

SAKINA PARHAM
Sakina been on Montel William show stating she was repeatedly molested as a young girl by Dr. Malachi Z. York. I don't know that. I don't know if that ever occured. But this is what I know about Sakinah. I believe the year was around 1998 or so. We were about to launched websites for our community and online store. It was Sakina's project. A dude who was an expert on this field was allowed on the land to teached Sakina how to build the website. I was instructed to be in the room with them for security purposes along with my husband then, Pastor Marshall Chance. As the days went on, I noticed a changed on Sakina. She laugh more often and she changed her computer desktop image to a picture of her looking "sexy". And I would see her laugh and smack the boy on his laugh. It then occured to me that shes flirting. Apparently I wasn't the only one that notice. So Doc told her to moved out if she wanted to be with him. She was so sad, I would see her walked around the land with her head. Everytime I tried to talked to her, she would brush me off. She always seems soooo far away. It was then I realized that she would be the next one to leave. I just always knew this. And sure enough, the news quickly got around that she moved out because she was having an affair. I wasn't the one who broke the news to Doc. Another sister did. I didn't even tell the other sister what I was suspecting. I wasn't gonna be the one to tell Doc that one of his wife is having an affair. anyway.
SHE LEFT BECAUSE SHE WAS CAUGHT HAVING AN AFFAIR. Wether it was innocense or not, that's what happened. I didn't think Sakinah was gonna go for a guy that was shorter than her, couldn't hardly talk (he stuttles), and dress funny. No offense. But maybe thats what got her into doing what she did. She was put out the land for something that might have not happed. But if it didn't happened and all the accusations was wrong, why did she move in with that dude... yuk... she couldn't have moved in with her mom who lived in Eatonton.
No comments:

Email ThisBlogThis!Share to TwitterShare to FacebookShare to Pinterest
Labels: Women against Doc 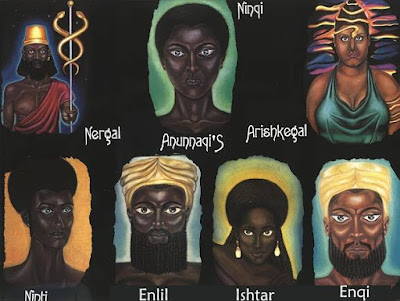 Scroll One
The Beginning

1 "Come let us Neteru go down there and unify language, the one true language of their past, and dispel of the diversity and confusion, Babel, that scattered them across the face of the planet Tanen, "earth".

Question: What must be done to break the Spell?

2. They must all speak one tongue. So come let us give them back our and their only true language, Nuwaubic, that everything in their minds that they will imagine to do, they will be able to do.

3. So come now ye Neteru and let us go down, as Anunnagi and perform this great ceremony of the resurrection of the dead Gods, for they have been dead for long enough. Their imprisonment before the blinding light of misinformation must end.