there are so many more newspaper clippings that were sent by so many of you and I'm working hard to add them to this site.

To share your newspaper clippings about Nuwaubians and Dr. Malachi Z. York
email them to aeoebookstore@gmail.com or send them to 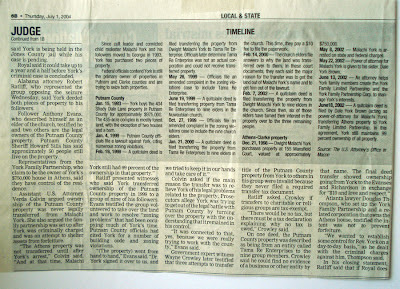 click the newspaper clippings above to view a larger image
No comments: 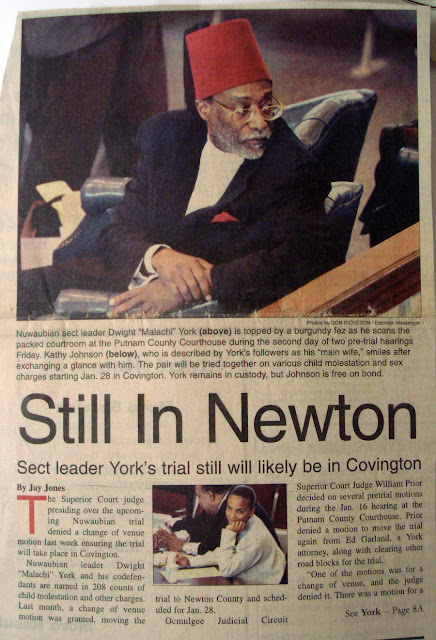 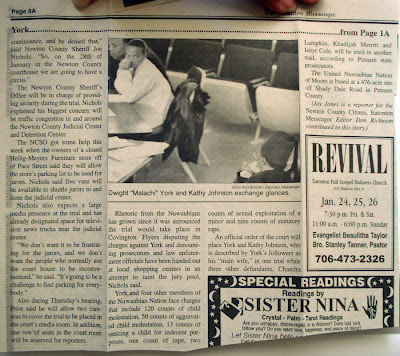 Preserved our Hall of Knowledge

It is obvious to me that more old books were destroyed than are preserved. There is supposed to have been a book in South America that contained all the wisdom of antiquity; it is reputed to have been destroyed by the sixty-third Inca ruler, Pachacuti IV.

In the library of Alexandria 500,000 volumes belonging to the learned Ptolemy Soter contained all the traditions of mankind; the library was partly destroyed by the Romans, and the rest was burned on the orders of Caliph Omar centuries later. An incredible thought that invaluable and irreplaceable manuscripts were used to heat the public baths of Alexandria!

When the Chinese Emperor Chi-Huang ordered the destruction of a mass of historical, astronomical, and philosophical books for political reasons in 214 B.C., what treasures and secrets went with them?

How many texts did the converted Paul cause to be destroyed at Ephesus? and we cannot even imagine the enormous wealth of literature about all branches of knowledge that has been lost to us owing to religious fanaticism. How many thousands of irretrievable writings did monks and missionaries burn in South America in their blind religious zeal?

That happened hundreds and thousands of years ago. Has mankind learned anything as a result? Only half a century ago Hitler had books burned in the public squares, and as recently as 1966 the same thing happened in China during Mao's kindergarten revolution. Thank heavens that today books do not exist in single copies, as in the past.

The text and fragments still available transmit a great deal of knowledge from the remote past. In all ages the sages of a nation knew that the future would always bring wars and revolutions, blood and fire. Did this knowledge perhaps lead these sages to hide secrets and traditions from the mob in the colossal buildings of their period or to preserve them from possible destruction in a safe place? Have they "hidden" information or accounts in pyramids, temples, and statues, or bequeathed them in the form of ciphers so that they would withstand the ravages of time? We certainly ought to test the idea, for farsighted contemporaries of our own day have acted in this way - for the future.

And yet, it is happening in our own community, right before our eyes.  We are told to get rid of certain scrolls, not to read certain books, this is old information, this is the new information.  Don't we owe to our future generation a glimpse of our past so they may know how to handle what is to come and let not history repeat itself?  They are our future, right?

Luckily, there are many of us that do just that, Preserves Our Hall of Knowledge, and not just make our outformation into mere mirage.  Thanks to countless fellow Nuwabians, YouTube is loaded with videos of Dr. Malachi Z. York questions and answers class.  We even have a brother in Milledgeville, who have audio recordings of the books.   Website such as this,  www.aeoebookstore.com and others have converted the books into digital formats, preserving the works of Dr. York definitely.  And thanks to www.NuwaubianFacts.com who have made it possible for the entire world to have full access to our Holy Tablets and other scrolls.

Although we may have opposition in this monumental labor, with our passion and hard work we continue everyday helping preserved our library, our Hall of Knowledge.