Made the cover of The Macon Telegraph once again.
Title:  Sills: He was doing his duty
For Putnam sheriff, Nuwaubian leader's fate is a battle won
by Rob Peecher 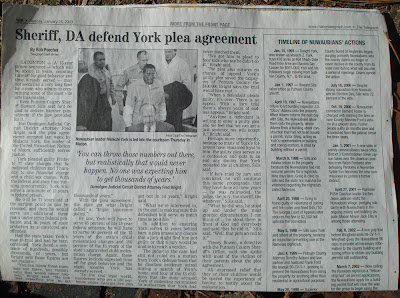 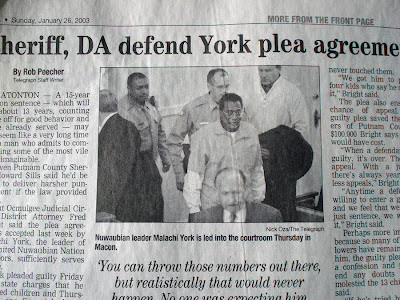 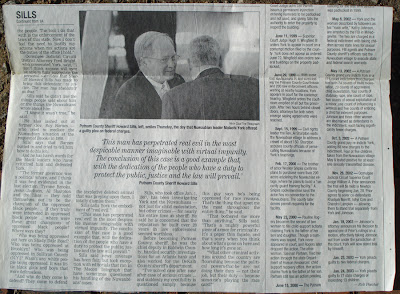 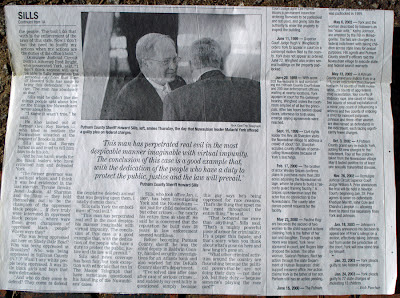 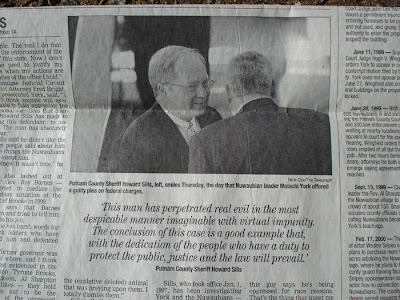 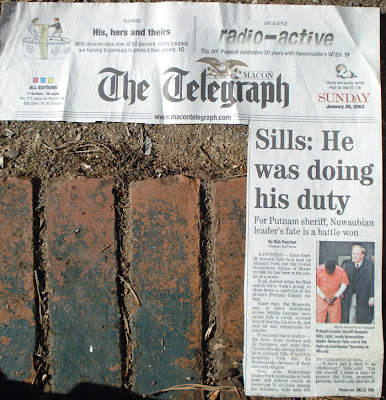 Notice on alot of these articles are written by Rob Peecher.  He used to write for Eatonton Messenger.  and writing about the Nuwaubians landed him a gig at Macon's Telegraph.  He continued to write bias and one sided articles about Nuwaubians.  He asisted Sheriff Sills on his campaign against Nuwaubians and Dr. Malachi Z. York.  Clearly shows that they have control of the media and what how people will perceived Nuwaubians.