I was talking to a Nuwaubian brother about some of Dr. York's books.  And I mentioned the" Wisdom of Tehuti" scroll by Dr. Malachi Z. York.  He immediately says that the book is plagiarized and was published and written by another author.  It was then I realized although this brother has been reading Dr. York's book and doctrine since 1996, he doesn't believe that Dr. York is who he say he is.  and I get touchy with this subject.   I try to keep an open mind.  So I responded this way...

"You know, we are truly living in a beautiful day and time.  Because this day and time, I met an Angel, a God, a Pharaoh, A Supreme Grand Master Teacher, an Al Mufti Divan, an Avatar, a Mahdi, a Being from beyond the Stars, and a Rizqiyian. and what a rare beautiful opportunity."   Because you would literally have to be a sleeping mummy to not notice".

To address the plagiarism issue. Dr. Malachi Z. York is an incarnation of Tehuti, the inventor of Writing, Math, and Al Chemy.  so where did you think that author received that information from?
2 comments: Links to this post

Combing through my immense computer hardrive, I found this letter, supposed to be from Dr. York himself while incarcerated back in May 28, 2006. 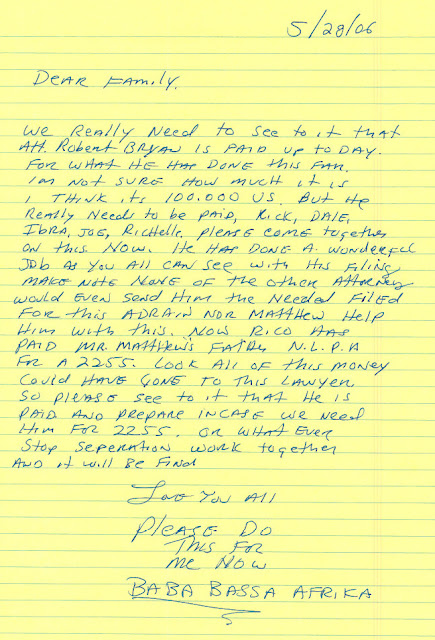 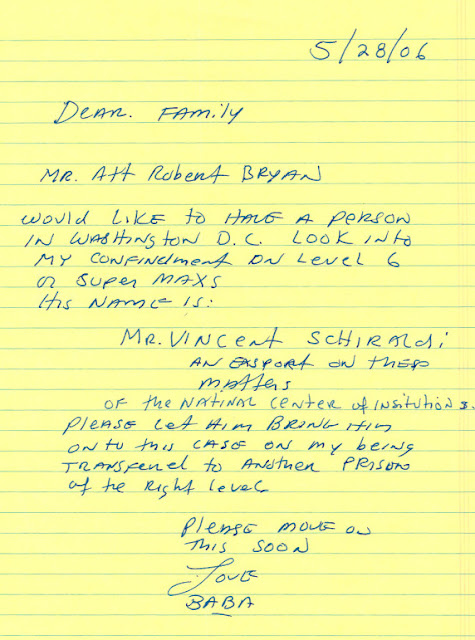 Email ThisBlogThis!Share to TwitterShare to FacebookShare to Pinterest
Labels: letters

Yep, I know, I know, the site looks different.  After 3 years, I decided to upgrade the look of my blog.  Hopefully is for the better and that everyone becomes accustom to the new look.  There are certain things I miss about the old style, but I do like the fresh new look of this one.  and hopefully everyone else will.  Tawuhaat, Thanks to all who have been following my blog.  And please don't be shy and leave a comment.  I do appreciate any input.  as sayings goes "The Only Thing Constant In The Universe is CHANGE."
No comments: Links to this post