I wanted to share an excerpt from the book entitled "Man from Planet Rizq" by Dr. Malachi Z. York.  I worked on Tama-Re, in the publication department as a graphic artist.  and one day Atiya Thomas came running to Doc with a book and a smile on her face.  She pointed to page 23 and said "See!, You came here for us." and showed Doc the passage on the book.  I didn't know what she was talking about, so I decided to look for myself.  Doc just smiled and left the office.


"I, Yaanuwn, Am An Anunnaqi or what you would call an Extra-Trrestrial; Extra Terra-Astral; Look at this EXTRA-Meaning In Addition To;  TERRA-of the Earth;  ASTRAL  Of or from the Stars.  I am what you call an angelic being, an Eloheem from the 8th Planet called RIZQ which has 1 moon SHESHQI of its own.  This Galaxy, The 19th galaxy called "ILLYUWN" originally referred to as Heaven known as Elysium, in Greek, has 3 suns 1)SHAMASH 2)UTU 3)APSU which means a Tri-solar system with 38 moons and 19 planets.  Each with its own number of moons.  I have incarnated here in this form to act as a human being for the sole purpose of saving The Children Of The Eloheem (Anunnaqi), The Banaat, which is the same word as Bennett, The Chosen 144,000.  Just as Mary of 2,000 years ago was chosen by THE MOST HIGH, ANU, called An ALIEN, which is 'ALI' and 'EN' (AN), both of which are names for ANU, to breed the Holy Thing called Yashu'a or Jesus', Real Name Tammuz, Called Horus.  So Too, The Banaat will breed the savior of ths time; if they hold firm to the rope on your planet Earth.  The Planet Earth is also referred to as Orb, Ard (Arduwt), QI, Terra or even Tiwawat and Tamtu meaning "Maiden of Life".  However, it was originally called Tiamat.  I Yaanuwn, have come to save the children of the ELOHEEM (ANUNNAQI) from being killed as you bring your planet near to what could be its total destruction."


page 23 of Man from Planet Rizq by Dr. Malachi Z. York
If you ever lived on the land.  You knew who the "The Bannats" are.  Some of you may know them because they have conspired against Dr. Malachi Z. York and caused him to be imprisoned for 135 years.  Some of them are Sakina Parham, who have a son by Doc;  Abigail Washington "Habiybah", who is known for her video recantment; Atiya Thomas, who also testified against Doc, whose mother have a son by Doc; Nicole "Adah" Lopez, whose mother also have two children by Dr. Malachi Z. York.  They are part of a group of girls called "The Banaat". 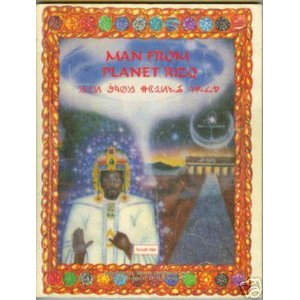 Email ThisBlogThis!Share to TwitterShare to FacebookShare to Pinterest
Labels: Scrolls