Back to Africa? No!

OKAY, WE HEAR IT.
We overstand the Black Thang and we got into the Nubian movies and the Black Revolutionary thing, but what has it really done for us?  Better yet, what is it doing for us now?  Was it just to open our eyes?  And now that our eyes are opened, what do we do about our situation?  Because we still have people setting up lectures and preaching; and they're not saying anything we don't already know.  We have other so-called Nubian organizations who aren't doing anything for the Black Thang, either:  We got the Black Madonna Organization in Georgia, we the NAACP, CORE, PUSH, SCLC, now we go the Nubian Activist Dr. Falani, and Reverend Sharpton.  Even Sonny Carson is still out there preaching.  We got all these people preaching such as Reverend Frederick Price, Bishop Charles E. Blake, Minister L. Craig Hays, Dr. Benjamin Reid, John Cherry, Pastor Robert Wilks, Dr. Joseph Ripley, and Dr. Edward Haygood and so on.


NOW WHAT?
Now that we got all that package what do we do about it?  We had a revolution in the 60's and we lost; we attempted another revolution after they beat up Rodney Kiing and made a spectacle of it, we lost again.  We can't go back to Africa because they made it desolate.  So let down the Red, Black and Green flag; and forget about "going back to Africa".  They made it desolate and they saturated it with more AIDS than any other place on the planet.  So we have no place to go, but I'll tell you one thing, we're not following no pale albino man anymore.  NO more white Jesus or half white human gods; not, not anymore.

the above is an excerpt from "THE TRUTH" Bulletin on page 21 authored  by Dr. Malachi Z. York published in 1993. 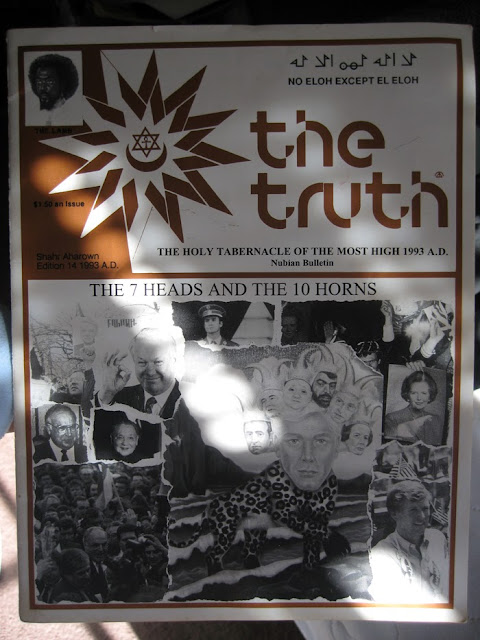 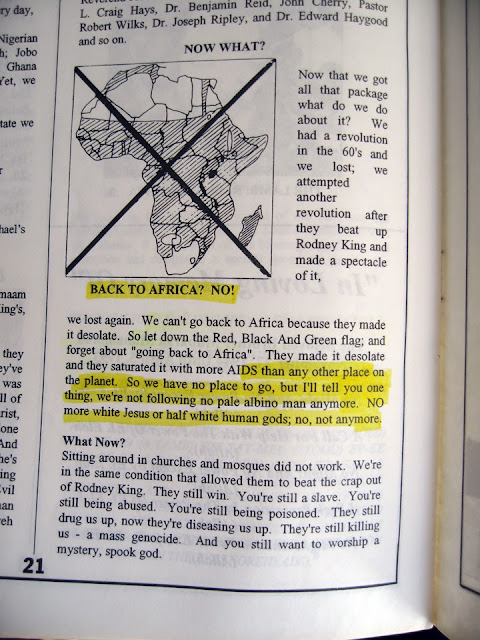 Email ThisBlogThis!Share to TwitterShare to FacebookShare to Pinterest
Labels: Africa